Today was a work day that started out at home. I was due a phone consultation with the breast unit at my local hospital as part of my ongoing care following breast cancer last year. My call was due at 9.15am...but by 11.15am I had heard nothing so decided to go into work.
I had managed to get some admin work done while at home but could only do so much as the paperwork I needed was at pre-school. But once at work I caught up with my deputy manager and then got on top of what I needed to get done.

Once home this afternoon I was in need of a coffee and some sunshine and I really didn't have the motivation to do anything much. But once I stopped and relaxed I then realised the list of things I should be doing.
I got myself moving and packaged up a couple of Ebay sales that had been paid for overnight as well as taking photos of the next lot of items that I am going to try and sell. Simon then had a helmet that needed packaging and a price calculating for posting to Germany; the only problem being that the Royal Mail online postage service seemed to have a bit of a glitch and wouldn't recognise what we wanted to post. Suffice to say a complaint has been logged to see if the issue can be resolved, as it was obvious that their site wasn't working as it should.
We then had another item to package up, a print that had belonged to Simon's family that was signed by the artist, Nigel Hallard. It was a print of a painting of a gentleman called William Giles and was set in Mousehole, a small fishing village in Cornwall. Simon and his family had spent many a summer holiday visiting Cornwall and this print had been brought home sometime in the 1970's. Simon had remembered seeing on Facebook a page called 'Mousehole Archive' so he contacted them to see if the print meant anything to them and whether they would like it for their collection. Lo and behold we were met with a very enthusiastic response and so today we were able to pack it up and send it on its way back to where it had been bought in the first place.
And although we have been sending lots of packages I actually received two of my own today. One was a present for Simon as a treat and then the other was all for me...a Disney treat...or three! 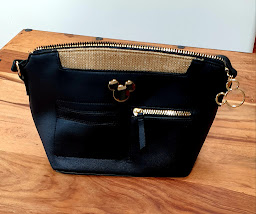 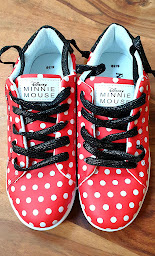 And today we hear that the number of cases are on the rise again, we have a school local to us already closed but very little idea of what it all means and where we go from here. All we can do is carry on as best we can, take the best precautions that we can, wash our hands, keep our distance and wear a mask.
Take care out there.
xx
Posted by DisneyJayne at 20:45