So we've come to that time of year when it's traditional to look back on another year and look forward to the new one that's about to begin...and while it may be a cliche to do so I thought it was the right thing to do.

So what has 2014 been all about for me...well personally it's been a year of changes, sacrifices and moving forward.

The year started off with me getting into the swing of recording podcasts with good friend Michelle as we got the Disney Dream Girls Podcast well and truly up and running.  We are still going strong and have had great fun recording and chatting with some brilliant guests.

I finally managed to complete my review of our 2013 visit to Walt Disney World, although it did take me till the end of August (a full year) to do it! This was a great way to relive those memories, especially as we knew there would be no Disney trip this year as personal circumstances meant this was not going to be financially viable...but by year end I can say that we are officially counting down to Disney...Disneyland Paris!! (38 days as I type woo hoo!)

Although I did get a little Disney fix by getting my fourth tattoo (all Disney inspired of course!) 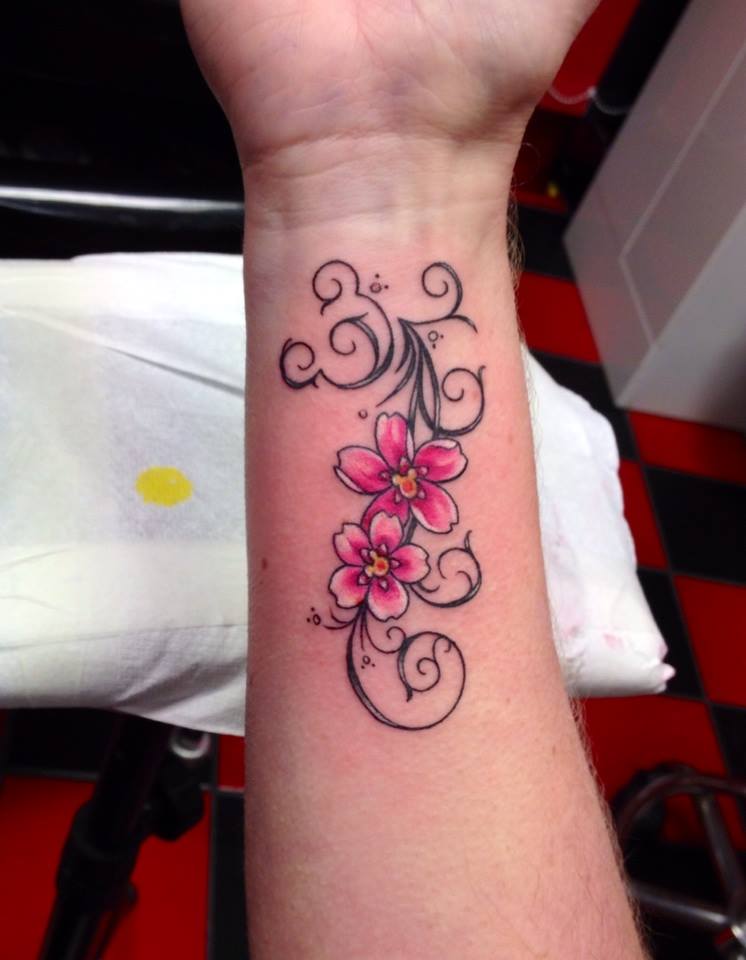 Around Easter time I decided to get my running shoes back on after a lapse of about 6 months and adopted the Jeff Galloway 'run-walk-run' approach which worked really well for me. It was also around this time that I decided to make some changes and give myself a healthier lifestyle, this was triggered by two things; firstly I saw the film 'Fat, Sick & Nearly Dead' and secondly I had a chance conversation with my daughters karate instructor. The film was inspirational, not for the methods used in the film, but for the stories and the people who had the determination to make changes in their lives.  The conversation gave me the tools to bring about the change, it was the introduction to the 'Get Real Fat Loss' program.

Taking up the initial 90 day challenge of the 'Get Real Fat Loss' program, and then continuing beyond, has been my biggest personal success and achievement this year. Through a personalised approach to fat loss, exercise and eating I have managed to lose 2 Stone (28lbs) in weight, I have dropped 2 (sometimes 3!!) dress sizes and around 7cms from thighs, waist and bust and 10cms from my hips.  I didn't think I had that much to lose but I can honestly say that I now feel and look better than I can ever remember. I now wear clothes without feeling self conscious or worried that I have lumps in places I'd rather I didn't.  The food that we (yes the rest of the family too...can't be cooking different meals for different people so we all eat together and eat the same things) is so much better than it was this time last year; we have cut out the processed foods and replaced them with lots of fresh foods, veggies and salads and we are all loving it.  We have all either lost weight or seen improvements in complexions or skin conditions so it really has benefited the whole family. And while over the Christmas break I have allowed myself a few treats I know that going forward this new approach is here to stay.

In June Simon and I celebrated 25 years of marriage...we had a great party with loads of friends to celebrate in style.
The later part of the year saw us host our annual Halloween party, book the aforementioned trip to Disneyland Paris and close out the year with the usual festive happenings.

So as the year draws to a close I can look forward happy in the knowledge that I have made the most of what 2014 had to offer and that 2015 is another year that will be filled with challenges no doubt but also with friends, family and a sprinkle of Disney magic.  I wish everyone out there a very happy, healthy and safe New Year and may 2015 bring you a year filled with love, happiness and friendships xx
Posted by DisneyJayne at 16:57 No comments:

It's been a while...let's get festive!

Well we're nearly at Christmas and in the midst of it all I realise that I haven't wrote a blog piece since the beginning of November...how has that happened?

Well, it is a busy time of year and my priorities have been elsewhere...busy at work...busy at home and busy with co-hosting the Disney Dream Girls Podcast.

So I sit here typing as I paint my nails all red and glittery ready for the festive season...truly multi-tasking!!

A couple of weeks ago I took on what seems to have become my traditional role of Christmas Elf as I helped out Santa in his Grotto at my pre-school's Christmas Fair; thought you might like to see a picture!! 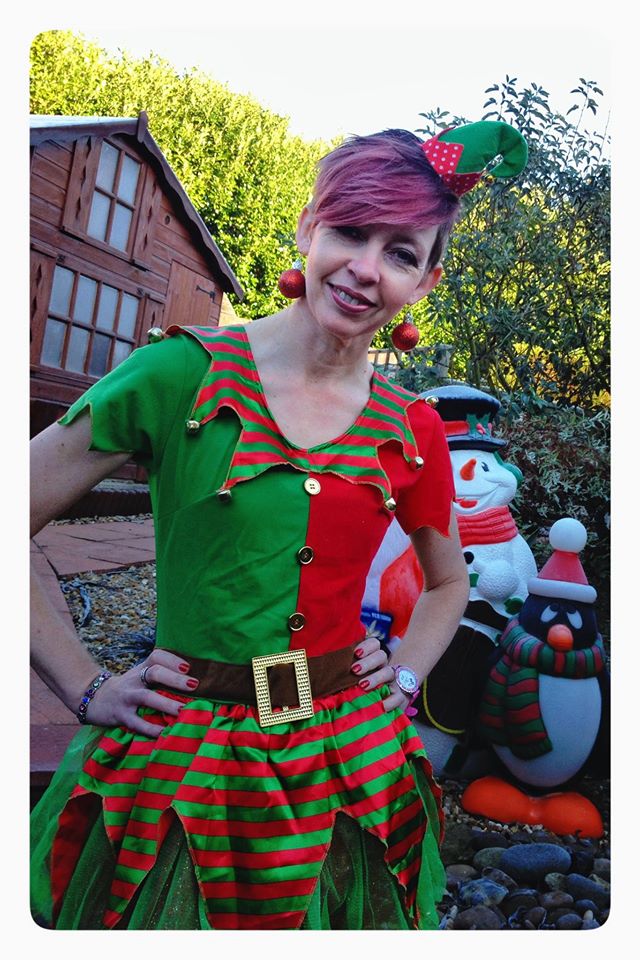 We had a great day and raised just over £1000 for the pre-school which was absolutely fantastic!

Sitting here I got to thinking about how I combine my love of Disney with my love of Christmas...

We were lucky enough to visit Walt Disney World way back in 2004 during late November into early December and so got to see the world dressed for the holidays.  We even got to attend Mickey's Very Merry Christmas Party on my birthday which was amazing.  It is definitely a time of year I would recommend to visit; not only is the temperature a little cooler (but still nice and warm) but you get all the Christmas theming and by going early December the crowd levels are very low meaning that queues are simply not an issue.  But I think it will be a fair few years before we get the chance to visit at Christmas again as working in education means that taking vacation at this time of year is simply not possible, never mind the issue of taking the kids out of school during term time!
Although it is on my 'must-do' list to visit WDW at Christmas and actually spend Christmas Day out there...in fact we have even speculated on what we would do and which resort we would stay at...ah well I can dream!

If I go back even further in time we were lucky enough to visit Disneyland Paris a number of times during the Christmas season....although it was somewhat colder than Florida!! But the temperature did kind of add to the atmosphere!
We were even there one year just before my eldest's birthday and celebrated with a character tea party which consisted of cake, cake and yet more cake!!

And of course a little music always goes down well when decorating... 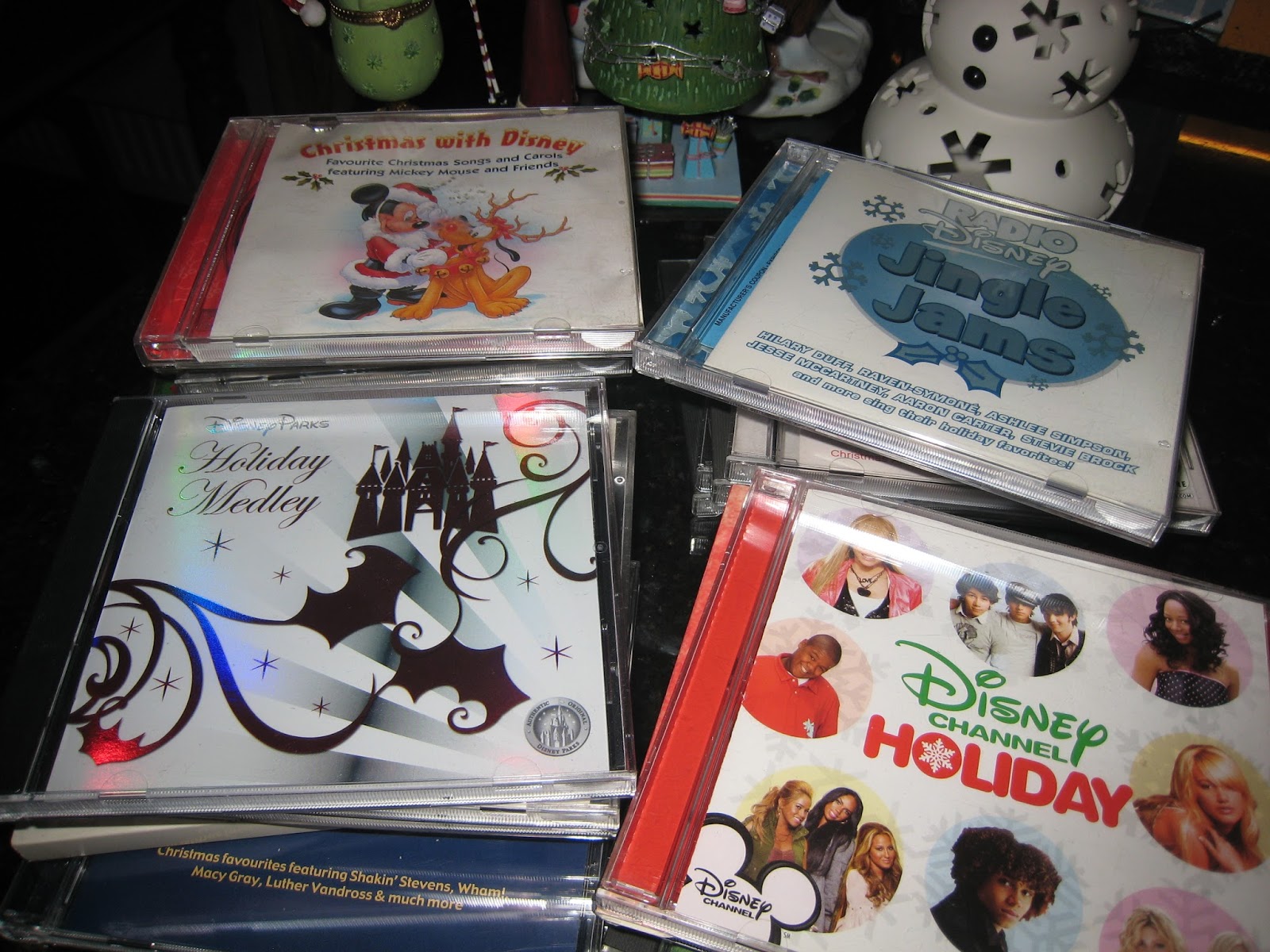 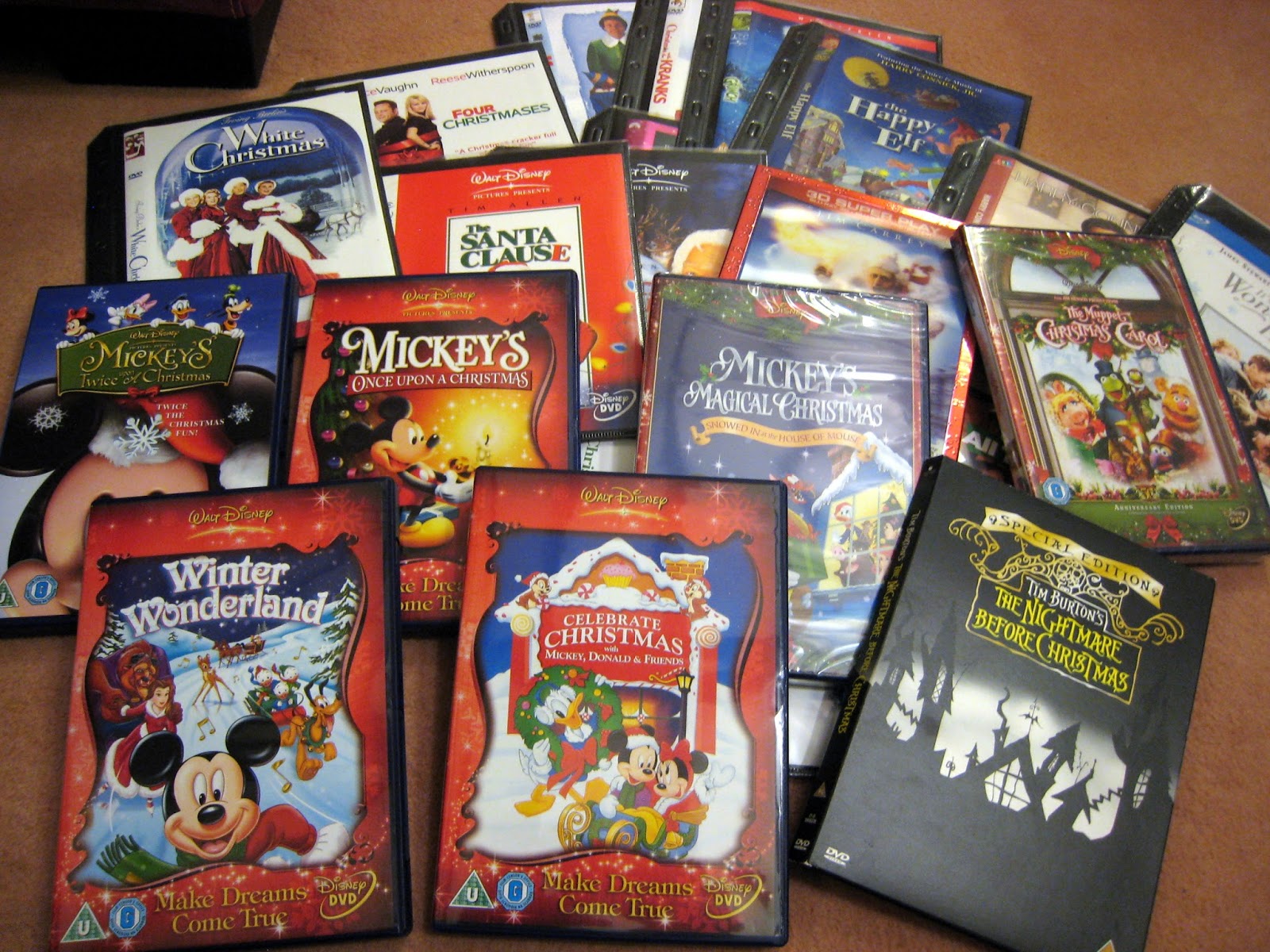 Oh and don't forget clothing is essential to both Disney and Christmas...


I hope everyone has a wonderful Christmas, and that Santa is good to you this year...Happy Holidays xx

Posted by DisneyJayne at 16:01 No comments: