After a busy weekend we arrive at Monday and despite it being a non-work day for Simon and I it turned out to be another busy day!

First job of the day was to clear the bookcase that has been living in the hall of our remaining books. We had cleared out a lot of books earlier in the year but still had a couple of shelves full that we weren't too sure what to do with. So I found a safe place for some of my large sized Disney books and Simon boxed up his comic collection; too good to throw away but in need of a new home. But with the shelves cleared we could now disassemble the bookcase and once done it was yet another trip to our local recycling centre.

At home Simon was able to put the first coat of paint on the radiator in Molly's old room as the paint we had ordered arrived this morning. I was able to place an online butchers order ready to be delivered later this week. And then there was a small amount of sweeping up of garden rubbish off our patio; Simon had discovered weeds growing around the roof window in Molly's old room and in dislodging them they had all fallen onto our patio!

The afternoon was spent in Derby to have a little down time. We needed to buy some birthday cards as well as make a little start on some Christmas shopping. Having stopped for a coffee and a piece of cake (shared between us) we popped into Primark looking for a specific item (which they didn't have) but instead I came out with this rather big bag... 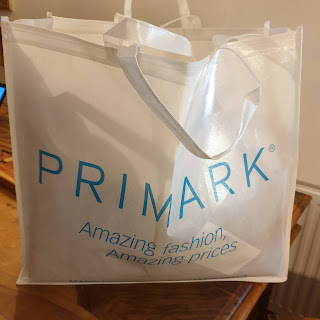 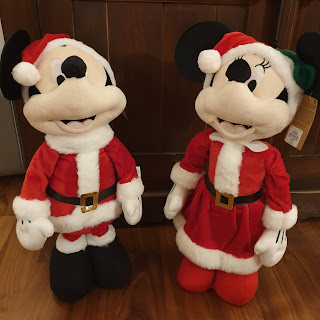 ...and then I decided to see if they had the coat I'd seen in their Sheffield store a few weeks ago and hadn't picked up when I should have. I'd previously looked in both the Derby and Nottingham stores and hadn't found it so didn't really have any hope that I'd find it today, but....I did!!

But throughout today we have been trying to sort out getting a charging point installed for our new electric car which is waiting for us to collect. We have told the garage that we can't take delivery until we have a functioning charging point installed.
The garage recommended Pod Point to us and initially everything seemed to be going alright if a little slow...but that was okay as we were in no particular rush and were told it would only be a couple of weeks. Everything went very quiet until I got in touch with them and was told that I'd not filled the forms out correctly. So alarm bells should have rung then...why hadn't they got in touch with me to let me know that. When I re-looked at the forms I could see my mistake which was due to a section stretching over two pages and so I'd effectively completed it twice with my second entry overriding the first which led to the 'error'. I was told 'oh don't worry it happens quite often'...so why they haven't they changed the form then?
Then because our garage, where we want the point installing, is not attached to the house we had to prove to them that the garage was actually ours. This meant digging out the deeds to the house and scanning in plans and emailing them over...all went quiet until I got in touch again. I was told they were waiting for the grant scheme to be approved; in the UK to encourage people to move over to electrical vehicles they are offering a substantial amount off the cost of your first charging point installation.
A little while later we received an email saying that the grant had been approved and that we had an install date of 4th November...we had ordered the car on 27th September! Part of the form filling had also involved submitting a load of photos which covered where the electric meter was, the type of cabling coming into the electric meter and the route between the meter and the garage which quite clearly showed the distance involved. Neither Simon or I were hopeful that the install would go smoothly on the 4th and sure enough the engineer arrived, took one look at the situation and said 'well that won't work'!
So basically the supply we have going into the garage will not support a charging station as well as the other items we are running in there; we have lights, sockets and most importantly a freezer! Which means that we need a separate cable from the meter to the garage to run the charging point and here in lies the problem. Despite Pod Point's T&C's clearly stating that they will support non-standard installations (i.e. something like ours!) they basically emailed to say that 'groundworks' would need to be completed and for us to let them know when that had happened....err...what? How? Who?
This then left us in a quandary; what did they mean by groundworks? Whose responsibility was it? Who would do the work? Did we need a specialist in charging points? Did we need to get the power company to sort it out? I then started by contacting our local power company who were really helpful and told me that there were two solutions; one being for them to lay a new mains supply which would cost thousands and result in a separate meter and separate standing charge or we speak to an electrician.
So over the weekend we contacted a couple of electrical companies and then today I finally found a phone number for Pod Point to find out exactly what they could or could not do...as they had failed to respond to my last email asking for advise. The result of a five minute phone call was that they couldn't do the necessary work for us because the contractor in our area didn't 'do that sort of work' and that we would need to get a trench dug and a conduit laid so that they could come out and feed the cable through said conduit. At that point I decided to cancel the whole thing and get my money back!
It was a completely ridiculous situation as they still left us with so many questions; how deep did the trench have to be? Where should it go across the property? How big would the conduit have to be? And how do we coordinate between the groundworks and the charging point being installed? All getting way too messy and complicated and at that point I was ready to ditch the whole idea of having an electric car, it was all just too much for me.
But having found a few local companies online that will do a complete charging point installation, including the point itself, we are now trying to sort it ourselves. The result as of tonight is that one company has already visited to survey the site and we have another company lined up for tomorrow. The chap that visited tonight was positive and recognised that there were a number of options for us and is going away to see what solutions they can come up with. Things are looking brighter but this isn't going to be a quick resolve! And the moral of this story is avoid Pod Point and find someone local to do the job for you.
And then just to make the day even busier we had our financial advisor visit this evening to talk all things finance...obviously!
I'll be going to work tomorrow for a rest!
See you tomorrow.
xx
Posted by DisneyJayne at 19:30