And we had our first 'Snow Day' of this academic year! Although I technically don't work Mondays I did have to make the call as to whether we should open or not and then let all our parents know what was happening.

But our first task of the day was to collect the grocery shopping...in the snow. Thankfully we only have to travel about 3 miles to the store but none of the roads to get there appeared to have been either cleared or treated in anyway so it was a very steady journey there and back.

But it did look very pretty... 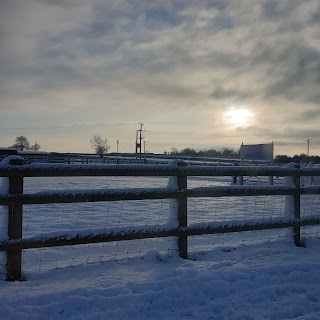 Once we were safely home and the shopping took into the house we set to clearing some of the paths around where we live. We have a couple of elderly neighbours so along with another of our neighbours we made sure there was a clear path for them to use.
After we had unpacked and put away all the shopping we decided to take a walk out across the fields where we live. We are extremely fortunate to live right next to farmland and have numerous footpaths and bridleways to walk, which have been a lifeline during these past 303 days!.
We managed a couple of miles which took us just under an hour which is slightly longer than it would have taken normally due to walking through snow and across uneven ground...and stopping to take photos of course! 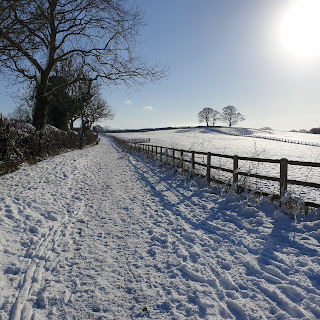 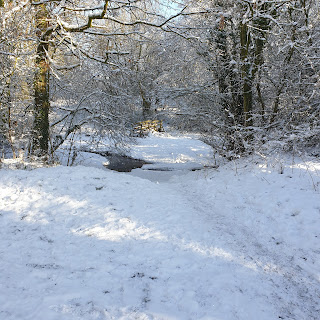 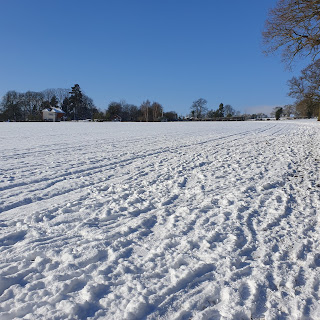 After a spot of lunch Simon re-organised all of his various tools and supplies that he had accumulated while completing the elecronics for his R2D2 build. He then left R2 plugged in to see how well it worked and suffice to say he was very pleased with the results. Head over to his Simon Phipps Art Facebook page to see a video of R2 in working order. He is now left with just the legs to finish off and attach.
I made a start on my next jigsaw which is another Disney and Christmas combination and I have managed to complete the outer edge...I think this will be the third time I have done this particular jigsaw!
And there we have 'Snow Day' let's just hope that it's not too icy tomorrow!
Take care out there.
xx
Posted by DisneyJayne at 20:09