Well today we had to be up and about a bit earlier than the last few mornings as we had our weekly grocery shop to collect...and we woke up to snow!

Now snow in the UK is always a big deal; we don't get it very often and most times when we do get it it is never around for very long. Plus we seem to go into a mild panic and everything seems to stop functioning all because of a light covering of white stuff!

Anyways we had to venture out in it this morning to fetch the aforementioned shopping and thankfully the roads weren't too bad and the snow was pretty light.

Molly had ventured out in the snow with her camera and I'm looking forward to seeing what she has been able to capture. As we returned from fetching the shopping it had started to snow fairly heavy again so I decided to capture some photos with my phone... 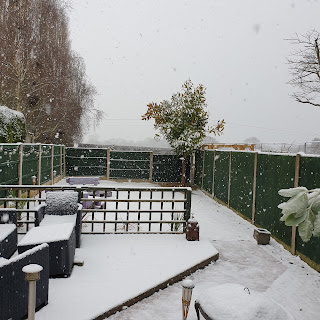 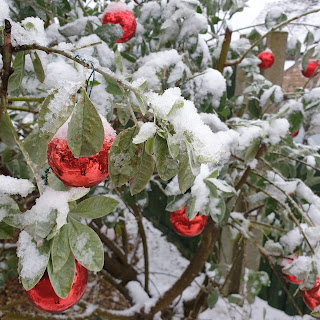 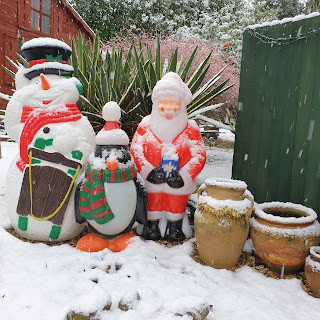 ...it turned out to be a good idea as not long after these photos were taken it started to rain and then the grey skies turned to blue and the sun came out. Suffice to say when Simon and I went out for a walk later it was icy chilly but rather slushy and squelchy underfoot.

The rest of the day was spent inside in the warm and dry and while I spent time on my current jigsaw Simon spent time with his R2D2 build. So I guess we were both assembling things in our own way!
Take care
xx