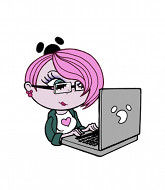 We have reached a Saturday after a pretty rubbish nights sleep; the combination of night sweats and sinus pain was not a good mix.

As a result today has been decidedly low key.

I purposefully took my time getting up this morning and the whole day was spent at home. I managed to get on top of the laundry but other than that I have done pretty much nothing at all.

Rather disappointed this morning to learn that the venue of the White Lies gig I'd booked tickets for yesterday is still requiring covid passes/negative tests to enter...despite it only holding 150 people (and therefore never had to comply with that regulation) and despite those restrictions being lifted as of 27th January. I'd emailed the venue to double check, thinking that perhaps they hadn't updated their website in light of the changes but also no. I was told it was still their company policy to require a pass or a negative test and that they would be reviewing it on 28th February. Too late for me as the gig is on the 19th...looks like we won't be going then. And regardless of my personal vaccination status I just completely object to this 'papers please' culture, surely as a people we are better than that?

On a positive note I spent the majority of the afternoon with my jigsaw and made some good headway. I am now at the point where all the remaining pieces are spread out and just waiting for me to fit them into place. The only problem is they are all red, or variations of red! As the daylight faded I used that as me cue to stop for the day.

Thankfully by the end of the day my blocked sinus had improved and although still not great is much more bearable than it had been earlier today.

Whilst I was occupied with my jigsaw Simon was continuing with his latest piece of digital art and he decided to pop a movie on and chose something that neither of us had watched in a while; Hedwig and the Angry Inch. Such a fabulous film with an amazing soundtrack so much so that while prepping dinner we switched Spotify over to the original Broadway cast recording. Now there is something that's on my 'to do' list; Hedwig on Broadway with Neil Patrick Harris!! A girl can dream.

Right think it's time to watch this weeks Drag Race so I'll see you tomorrow.
xx