We woke up this morning to a grey, slightly damp and rather windy day in Bournemouth.

With a good breakfast inside us we got all our stuff together and headed out of the hotel. After my success yesterday buying some new jeans we headed back to Primark to pick up another couple of pairs and another Disney sweatshirt just happened to fall into my hands and so I had to buy a re-usable Disney shopping bag just to get my purchases home!

We enjoyed a coffee at our favourite coffee shop before nipping into a small shop which sells all Anime merchandise and found a couple of t-shirts that we knew Ethan would like (Jo Jo's Bizarre Adventure & My Hero Academia...whatever that means!).

We then had another wander around the town centre and headed towards the pier and beach area. It was very windy which meant we didn't spend too long down at the seafront. But we did manage to find a bit of British Disney down by the beach in the way of a few fairground attractions. 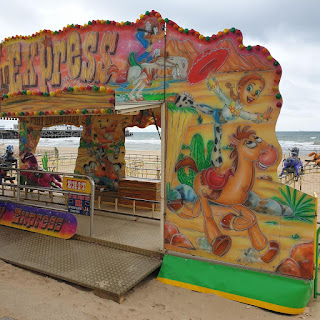 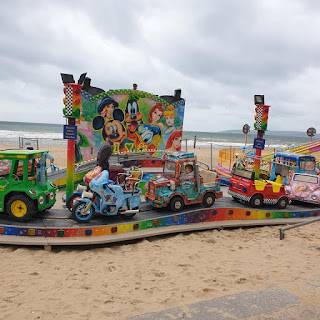 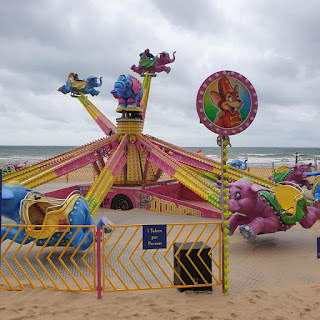 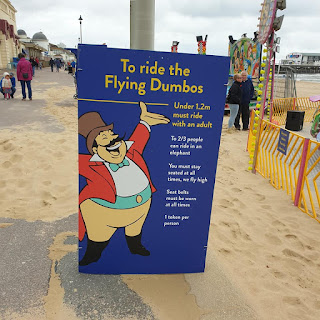 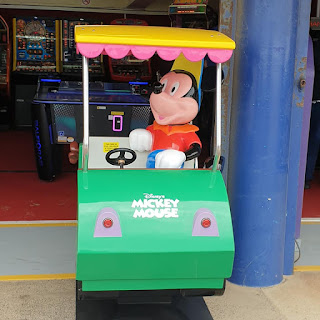 These were not the best represented Disney characters, and I'm not sure whether they would garner official approval, but it's the closest I've been to a Disney attraction in a long while!! They were even playing Disney songs but think they were all 'alternate' versions to the originals. It did bring a smile to my face though and I just had to share these on social media for my Disney loving friends.
We then headed off to pick up Molly from her fella's house so that we could make our way back home. It takes around three to four hours, traffic dependent, to get home and thankfully today it was plain sailing with just a couple of stops; one for a 'loo' break and the other to top up with petrol.
Once back home it was time to unpack, put the dinner on, pour myself a drink and watch drag queens on the telly with some chocolate on the side!
Take care.
xx
Posted by DisneyJayne at 20:23