As yesterday's post was all about accessories I thought I'd continue the theme with hats!  Now no Disney park trip is complete without a hat purchase and as we have been lucky enough to visit parks near Christmas in the past we have a few Disney Christmas hats in our collection. 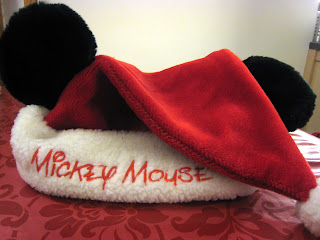 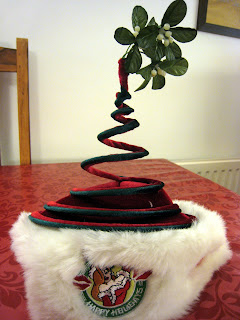 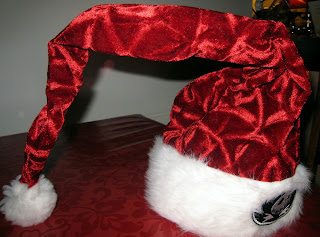 ...and Simon's Jack Skellington also bought in WDW during a Mickey's Very Merry Christmas Party (more on that to come!!)

And my most recent purchase, Minnie ears, bought from the Disney Store on Oxford Street, London whilst visiting London for a hen weekend a few weeks ago! 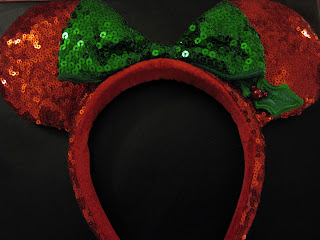 These were worn a couple of weeks ago when I became Santa's helper for an afternoon at my pre-school's Christmas Fair, and I had the task of running our Grotto and taking photos!!

At least working with pre-school children gives me a good excuse to wear them again over the next couple of weeks :)
Posted by DisneyJayne at 21:31