So today was my pre-school's Christmas Party.  Two hours of 40 children aged between 2 and 4 years having a brilliant time, chasing each other, dancing around, party games, popping balloons and of course a visit from Santa.

But after the mornings festivities it was back to normal for the afternoon and what better way to calm the children down than with a DVD.  Now of course, it can't be just any old DVD, and as manager I felt it only right that I should have the pick of what to watch.  So this meant bringing into work some classic Disney animated fun, the children then settled down to a little 'Mickey's Once Upon a Christmas'.

A fair few years ago I remember having a VHS tape of Disney Christmas animated classics called 'A Walt Disney Christmas' that included some really old classics such as 'Santa's Workshop', 'Once Upon a Wintertime' and 'The Night Before Christmas' as well as some classic character shorts such as 'Pluto's Christmas Tree' 'On Ice' and 'Donald's Snow Fight'. 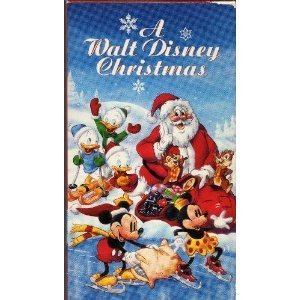 This video tape was watched over and over again, especially by our then very young son who was captivated by the animation.

As DVD came along we invested in newer Disney releases which still retained these old classics - 'Celebrate Christmas with Mickey, Donald & Friends' and 'Winter Wonderland'. Then along came 'Mickey's Once Upon a Christmas', 'Mickey's Twice Upon a Christmas' and 'Mickey's Magical Christmas - Snowed in at the House of Mouse' to give us even more entertainment. 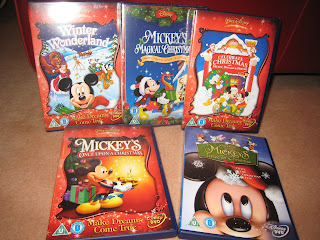 And this year for my birthday I was bought one of Disney's newest Christmas offerings 'Prep & Landing' which is simply adorable.  (Just a shame that over here in the UK we can't get hold of a UK version of the next 'Prep & Landing: Naughty Vs Nice' - maybe next year) 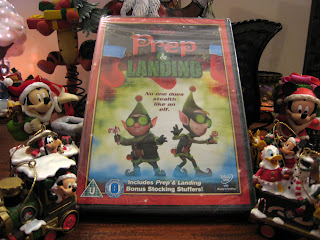