So since I last wrote I have had my birthday...and as I am a lady I will not be revealing my age but suffice to say I wasn't 21!!

And who would have guessed that my presents had a distinctly Disney vibe about them!!

From a copy of Monster's University on Blu-Ray to a Disney Traditions figurine to some jewellery and a book.

My piece of jewellery is another piece of Disney Couture to add to my collection; it is an unusual necklace called Dr X Nuts & Bolts Mickey Mouse necklace that has an asymmetric clasp...just need an excuse to wear it now! 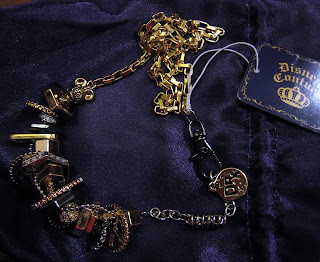 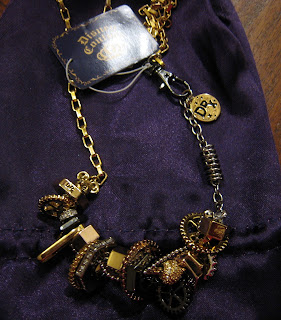 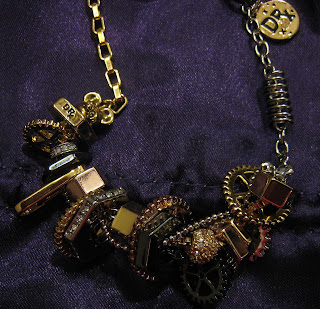 Tried to take a few shots of the necklace to pick up some of the detail in it.


My birthday also saw the start of a series of podcasts by the Disney Dream Girls entitled 'Minxmas'.  Co-host Michelle had the idea whilst still broadcasting as the Minnie Minxes; so as Michelle had already approached a number of podcasts to get involved, we decided to go ahead and launch our little countdown to Christmas Disney Dream Girls style.  So each day we will have other Disney and Orlando themed podcasts joining us to talk all about Christmas; their thoughts, ideas and memories.  Our first episode in this series sees myself and Michelle talking about what Christmas means to us with a little Disney twist :)