So where had I got to? Ah yes we were off to Discoveryland...or in other words Tomorrowland.

In Disneyland Paris Discoveryland incorporates all the aspects of what you'd expect to see in Tomorrowland in the other Disney parks but does so with a Jules Verne/Victoriana/Steampunk style themeing.


However at the time of our visit there was an awful lot of refurbishment work going on. Space Mountain: Mission 2 along with it's neighbouring attraction Les Mysteres du Nautilus were both closed along with Cafe Hyperion which also houses the Videopolis theatre.  It did make the whole of Discoveryland feel like a construction site as there was the infamous boarding up everywhere.

But we took ourselves over to Buzz Lightyear Laser Blast which we always love playing...I never get the highest score but we normally have a good laugh playing it.  In this version, like the Disneyland version, you can remove the laser blasters from their mounts to help improve your accuracy...supposedly!!

We then headed in the direction of Star Tours another of our family favourites but this version was the 'old skool' version! And whilst it was fun to ride it really does make you realise just how awesome the new and improved versions are in Disneyland and Disney's Hollywood Studios, but it was fun to take a trip down memory lane.

At this point Molly was desperate to ride Autopia but the rest of us were desperate to get warm, so as she was out voted three to one we headed off in the direction of Main Street USA in search of hot drinks and inside seating. So we popped into Cable Car Bake Shop and ordered hot chocolates, muffins and chocolate cake, but there was no where to sit! However, we'd noticed that Victoria's Home Style Restaurant at the top of Main Street USA, although not serving food, was actually open with plenty of seating...so we took our drinks and food and went and found a table in there.  I think this had been left open in error because not long after we sat down (and we weren't the only ones in there) a cast member appeared and although she was clearing tables as people left we got the distinct impression her mission was to close up shop as soon as she could.  Why, therefore, it had been left open in the first place I do not know. As it was because the number of restaurants open was limited it actually made sense to leave the door open to provide more seating for when other places became full!

So warmed and recharged we headed off into the cold once more and headed over to Fantasyland where we were able to ride It's A Small World, Peter Pan's Flight, Mad Hatter's Tea Cups and Dumbo the Flying Elephant.
We also took a wander around the shops of Fantasyland partly to look at merchandise and partly to get warm!
We then took a wander underneath the castle to visit La Teniere du Dragon; this is an attraction completely unique to Disneyland Paris and is a fully audio-animatronic dragon living captive in it's lair underneath the castle. It is a breath taking attraction and worth spending a good deal of time there taking in all the details, we made sure we visited on numerous occasions over the duration of our stay. 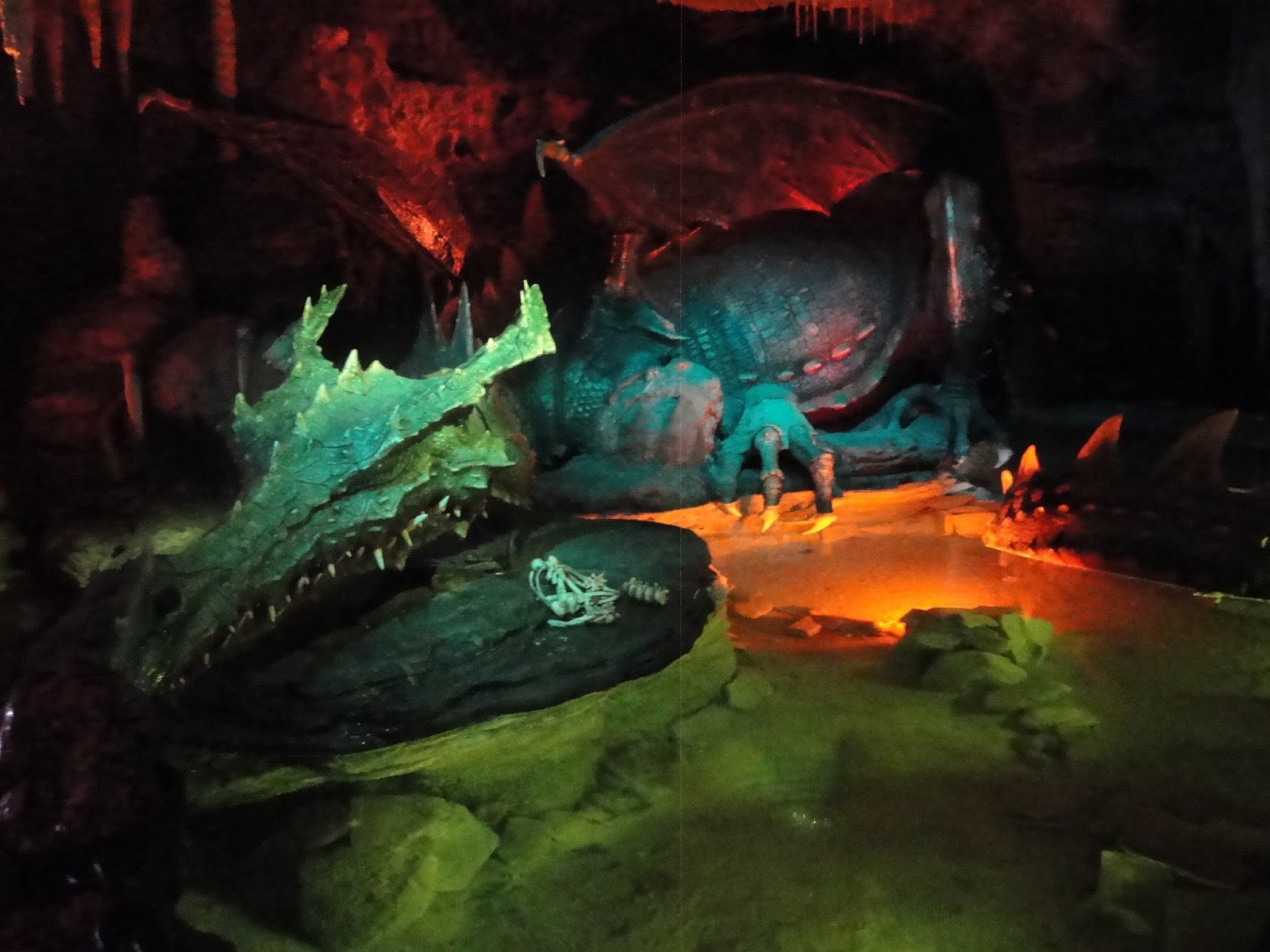 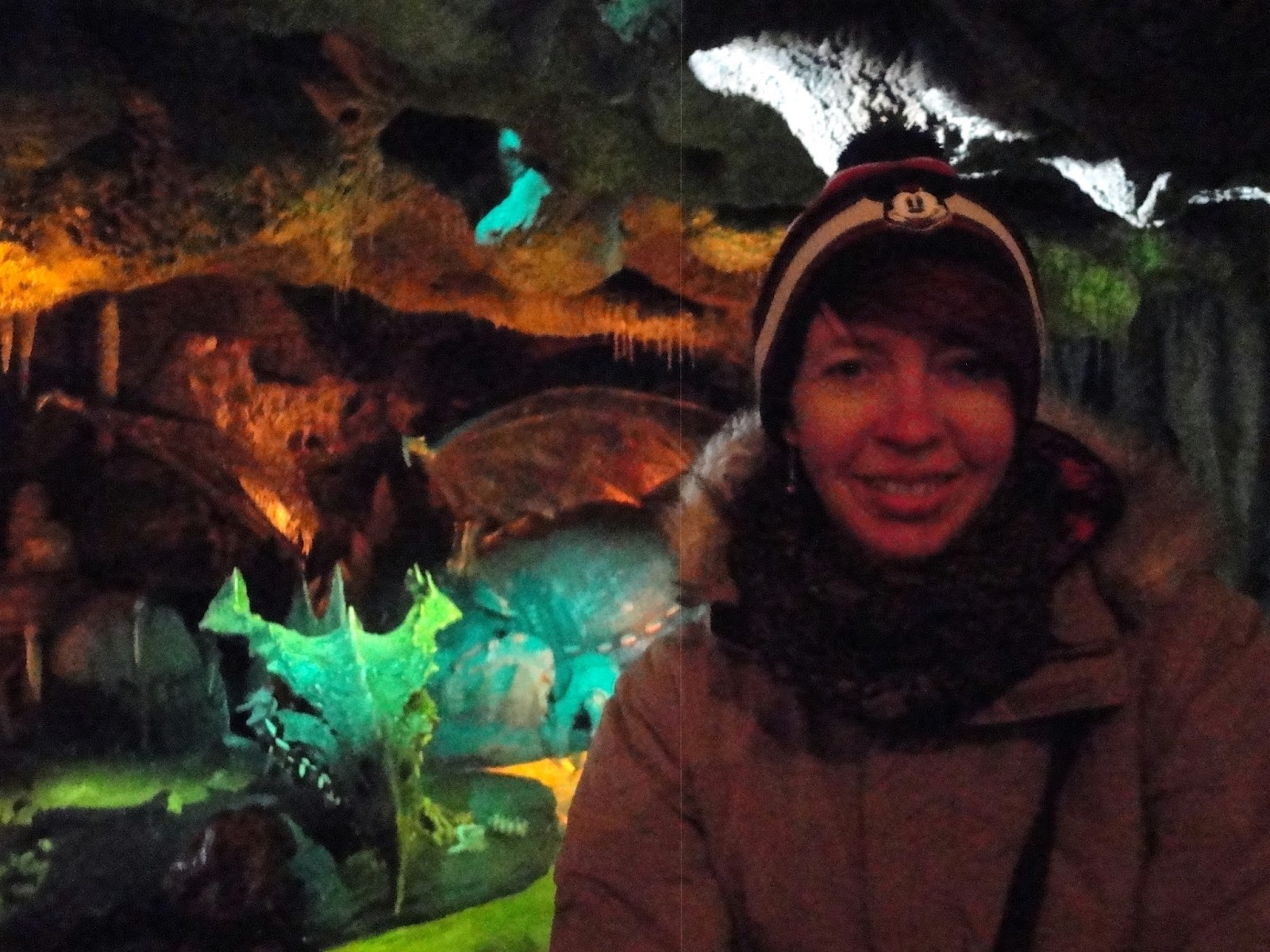 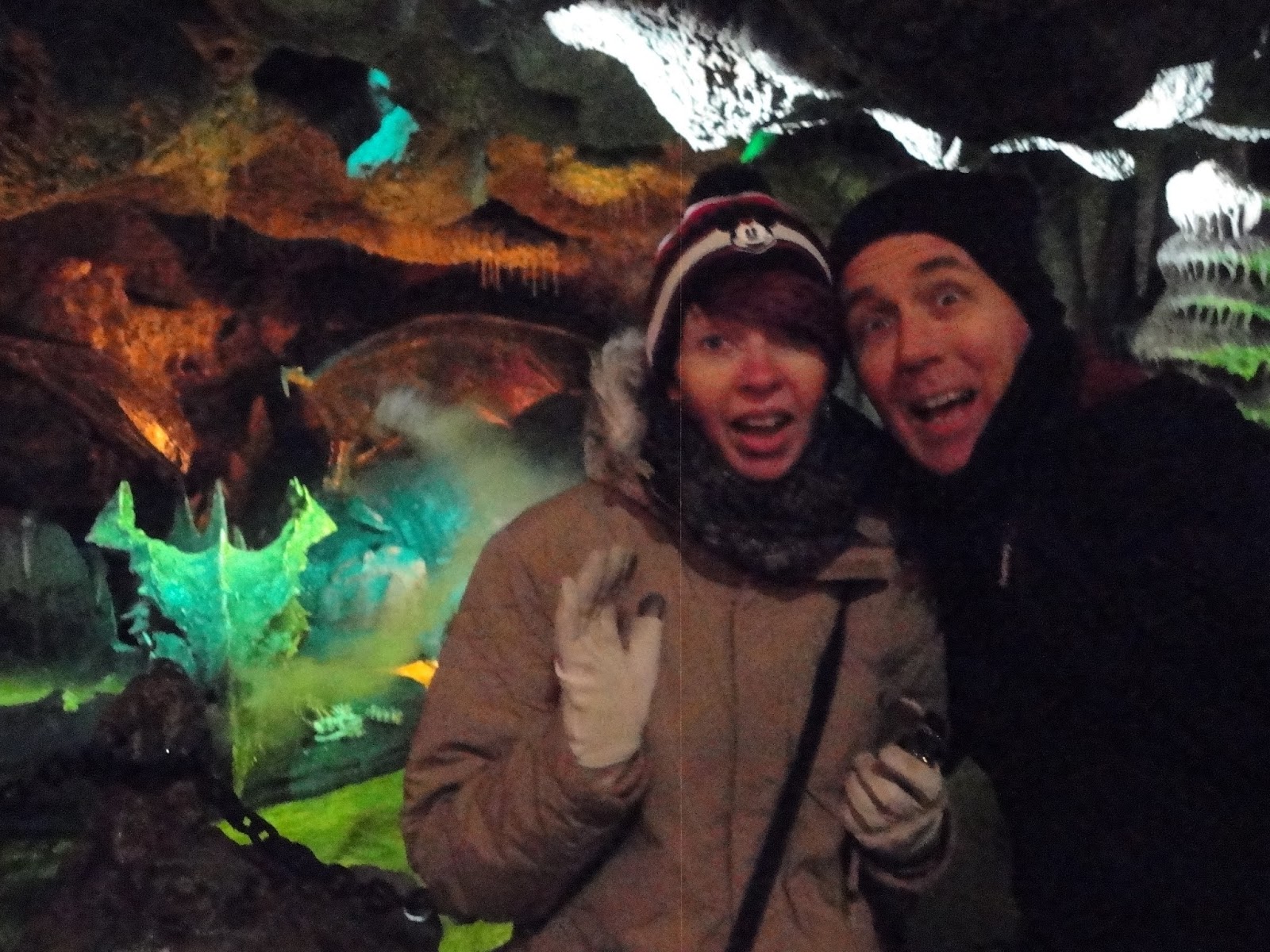 By now we were getting hungry...again...so we headed into Frontierland to see what food options were there but found that the first two we tried were closed. This meant a walk round into Adventureland and a visit to Restaurant Hakuna Matata which had the yummy Hakuna Fries!!

By now it was getting close to park closing so we did a little more 'shopping' down Main Street USA and then just a few minutes before the night-time show 'Disney Dreams' was to begin we made our way out onto Main Street itself and took up position.
'Disney Dreams' is an amazing show; a combination of music, animation, lights, fireworks, lasers, water and projections and seems to never end. This is a 'must-do' for anyone visiting Paris and if visiting like we were for a number of days has to be seen more than once. Having seen it today we knew that we would make the time to see it again and to pick a spot closer to the castle to get the full effect of the projections.

We made our way out of the park taking our time going through the Disney Village by wandering through the World of Disney shop and the Disney Store. We had plans to pop into Earl of Sandwich to pick up something sweet to have back at the hotel but the queue was way too long so we headed straight to the hotel. We decided to stop in the Redwood Bar for a drink before having a look in the hotel gift shop - Northwest Passage. We had hoped on picking up something to eat from here and although there were some food items to buy there was not a lot to choose from and were mainly confectionary - not the same as stopping in the hotel shops in Walt Disney World!

Another day done, and all four of us well and truly worn out!