I thought that it was about time I got back to telling you all about our vacation to Walt Disney World last August...so where were we?

Today was Epcot day.  We managed to get up and be at the bus stop for 9.00am but then had to wait what seemed like ages for a bus, and when our bus did turn up it decided rather than go straight to Epcot it would take a detour via Fort Wilderness Campground, which all resulted in us not getting to Epcot until 9.45am!

Anyway, once there we managed to hit all the major rides.  We rode the new Test Track and had great fun as the girls paired up against the boys and suffice to say the girls car came out tops.  The kids loved the interactive area after the ride and we spent an absolute age in there with them wanting to try everything.  We also spent a small amount of time in the gift shop purchasing t-shirts (for the kids) and a couple of car antenna toppers (for me!).

Before we knew it it was time for lunch which just had to be Sunshine Seasons inside the Land pavilion - I love it in here, the choice is great and varied which means all of us get to pick something we like and as we were on the Quick Service Dining plan great value too. After lunch we rode Soarin' (thanks to Fastpasses we picked up when we first got into the park) and then Journey Into Imagination with Figment.  Now I don't mind the Imagination pavilion ride but I have to say it's not as good as the original version...I miss the Dreamfinder with Figment but I suppose at least we still have the little purple fellow.

Now as we spent our time wandering around the Future World half of Epcot we found time for two things.  Firstly there was Club Cool, which is described as 'an exhibit sponsored by Coca-Cola'. Here you'll find plenty of heavily Coca-Cola themed merchandise plus numerous 'stations' offering you the chance to experience different soft, fizzy drinks from around the world for free.  One of these drinks called 'the Beverley' seems to have developed some what of a cult following amongst Disney fans and was on our 'To Do' list.  So off we went to give it a try...now in my opinion (and the kids) it was a bit bland and something I wasn't going to rush back to, however, Simon loved it (no accounting for taste).  Whenever we found ourselves at Epcot during our vacation and in need of a drink we would head over to Club Cool for Simon to drink the Beverley whilst me and the kids tried all the rest that was on offer - a great, and free, way to quench your thirst on a hot Floridian day :) 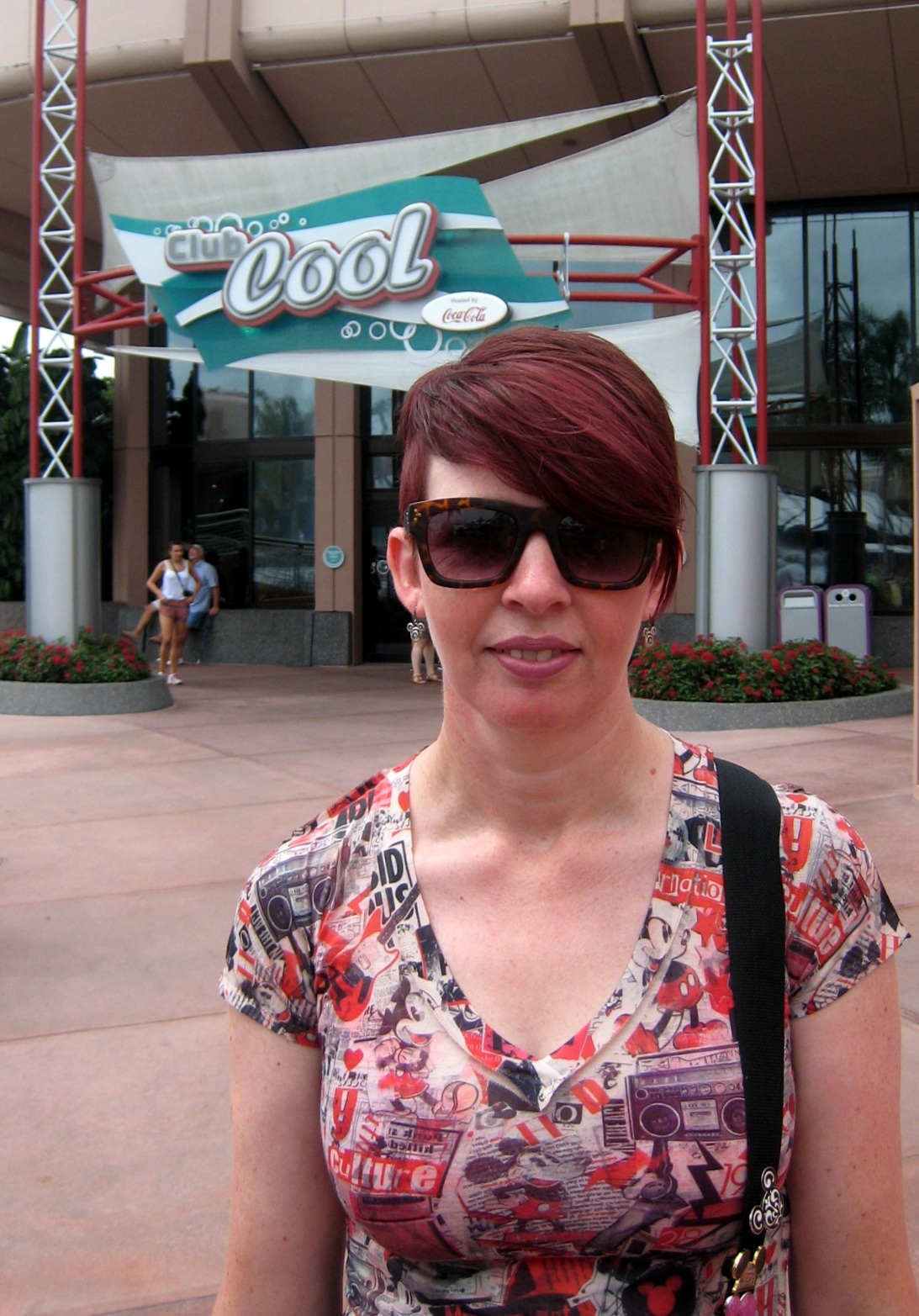 Secondly we took advantage of the air-conditioning inside MouseGear and did the obligatory trying on of silly hats...why...just because we could...


The afternoon saw us meet up with Michelle (my co-host from the Disney Dream Girls podcast) as we met some American fellow podcasters in World Showcase as well as some other UK friends Jeff & Chris - meeting friends new and old seemed to be the theme of this vacation!  We then decided it was time for an afternoon snack...

...mmm yummy, one of my favourites and must do's!

The rest of the afternoon was spent wandering World Showcase with a large amount of time spent in the Japan pavilion; the boys were in their element inside the Mitsukoshi Department Store in the 'gaming' section, suffice to say a couple of Zelda and Kingdom Hearts purchases were made!
But the highlight of our stay in 'Japan' was our meal at Teppen Edo that evening; this was our one and only ADR (Advance Dining Reservation) and had been highly anticipated by all and it did not disappoint.

The dining here is family style with up to 8 guests seated around a large Hibachi grill and the food is cooked right there in front of you with great skill, artistry and theatre.  We all decided to go for sushi starters, a mix of spicy rolls and california rolls which were amazing (and quite filling) whilst our chef got on with cooking the main course.

The girls opted for the chicken and shrimp combo whilst the boys went for chicken and steak; both of which were served with rice, noodles and veggies and all tasted amazing. The shrimp was to die for!!  I can't recommend highly enough adding Teppan Edo to your Disney bucket list if you haven't already managed to get there; everything about it was fantastic - the food, the service, the skill, the showmanship - a definite 'must do'.  When we had finished our meal we came outside just in time to watch the start of IllumiNations; Reflections of Earth.

So we walked our way around the World Showcase Lagoon as fireworks filled the air and headed home...at the monorail we bumped into friends Jeff & Chris again!! And this is where I confess that I made a bit of a 'boob'...I was convinced that the monorail went straight through to the Magic Kingdom...well it does if you get off at the Transportation and Ticket Centre and pick up another monorail...suffice to say we saw Epcot again that evening!!
Posted by DisneyJayne at 20:44