Well it's all go with my latest Disney ink! About a year ago work started on my Disney sleeve and despite a change in tattooist we are making good progress and the end is looking to be in sight!

Early in January I had another 6 hour session with Simon Saint Heywood at Rampant Ink just outside of Nottingham. This session saw the addition of some background shading as well as...

The 'Drink Me' bottle from Alice In Wonderland. 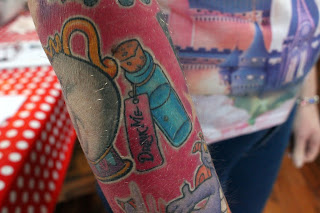 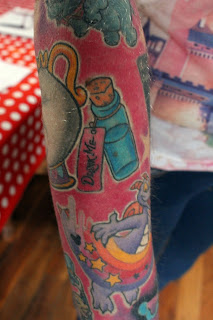 Some of the painted roses from Alice in Wonderland...I have one on my wrist and then... 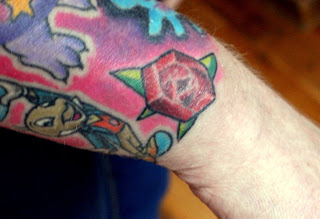 ...three larger ones on the back of my lower arm. Absolutely love these as I think they incorporate a traditional tattoo design with a 'Disney' twist.

On my inner elbow is a hunny pot from Winnie the Pooh. 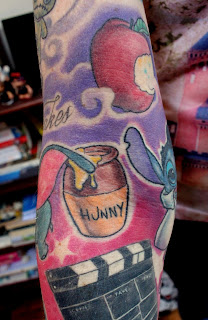 We then have another butterfly from Bambi, this one is done in yellow's and oranges. 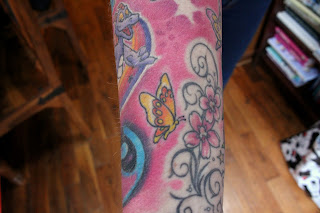 This was followed by another 3 hours at the beginning of February which saw a Mickey swirl added onto my existing tattoo of swirls and flowers, Simon even incorporated another tiny hidden Mickey if you look really close! 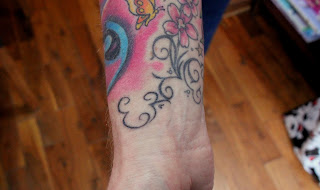 And then scattered over the background we added some Daisy impressions - these represent the flowers seen on Boo's bedroom door in the film Monsters Inc. As this is probably my daughters favourite film I had to have something somewhere to represent it. 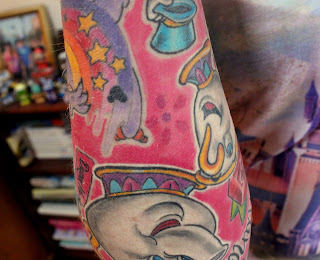 The fantastic image of Stitch is now complete as the guitar strings were added to his guitar. 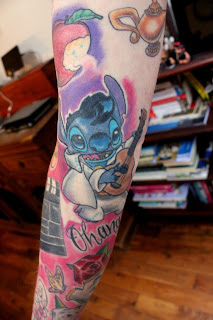 Some of the existing ink has seen a little re-working and the addition of black outlines; notably to the balloons, some of the lettering, Scrump, Dumbo and Snow White's apple. 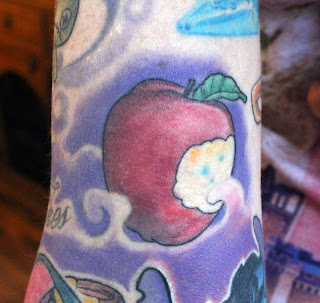 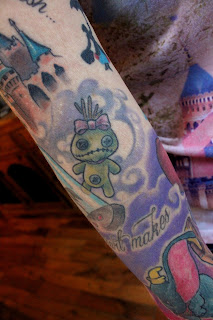 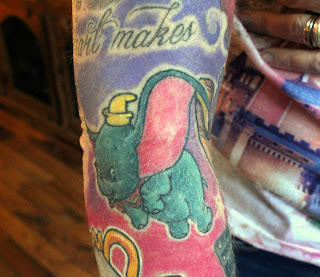 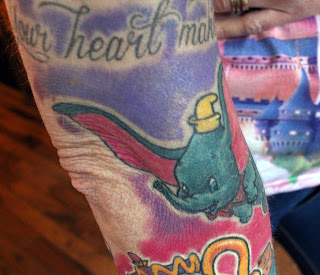 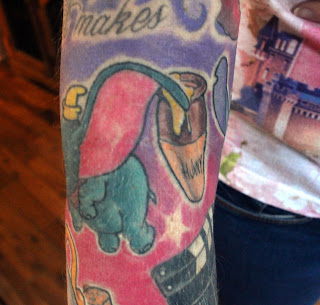 Next saw some colour work added to the castle. Originally when this sleeve was first started the castle was mainly greys with a small amount of blue on the turrets. But as the sleeve progressed it became very evident just how much colour would appear and so we have revisited the castle bringing in more colour. 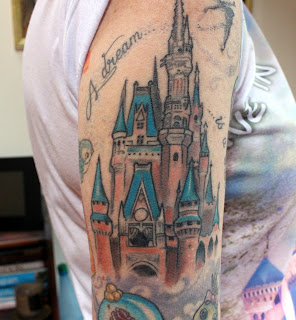 Tinkerbell has also had her silhouette made a little stronger. 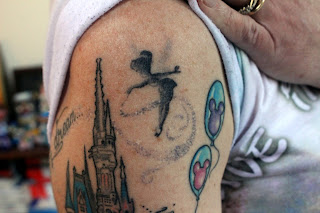 I now have another 3 hours coming up in March where I hope to have a few more bits added along with more background shading and who knows what else! I'm guessing that I may need another session after this one to tie bits together and re-work or add any outlines but only time will tell!

And then it'll be time to start on my other arm....I have an idea...that starts with something Star Wars...